The week of September 20th I worked a total of 12 hours. On October 18th, I was out of town at a doctor’s appointment so I took this day off work to drive back from home.

On October 19th, I worked on the Summerville Women’s Care Medical Arts OBGYN Renovation project. I worked on the casework plans and elevations. First, I tagged all the casework using the diamond tag and removed the existing dimensions that were not needed. I then fixed the tags of each casework by going into the model file of this project and individually changing the type marks of each casework that was used as well as the description in order for it to match the referenced casework sections in the casework sections sheet.

On October 2oth, I continued working on the Summerville Women’s Care Medical Arts OBGYN Renovation project. I fixed some markups that were made on my work from the day prior regarding dimensions and tag placement. Then, I went through the markups from the last meeting and made all the changes that had to be made on the sheets regarding the casework plans and elevations. Additionally, I added the typical casework plans that were previously removed and reorganized the views.

On September 21st, I put together a sheet with different color palettes as options for the exterior walls and signage colors of the facade of the Directors Row project in Indianapolis, Indiana. After that, I spoke with Hadit and started making the same changes I made to the casework plans and elevations of the Summerville Women’s Care Medical Arts OBGYN Renovation but to the Summerville Medical Centre MOB OBGYN Upfit.

This week’s tasks helped me achieve my AXP hours in two different categories: Project Planning and Design and Project Development and Documentation.

One of the lessons I learned this week was about casework plans and elevations. I learned that there are many different ways that you can show information such as dimensions, type, etc., and that every firm has a very distinct way of displaying this information (some more effective and efficient than others).

Below I am attaching a screen capture of two of the sheets I worked on. 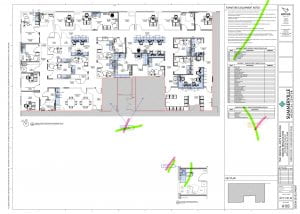 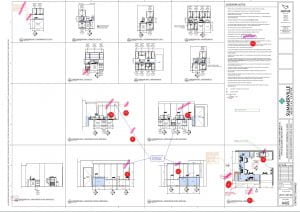