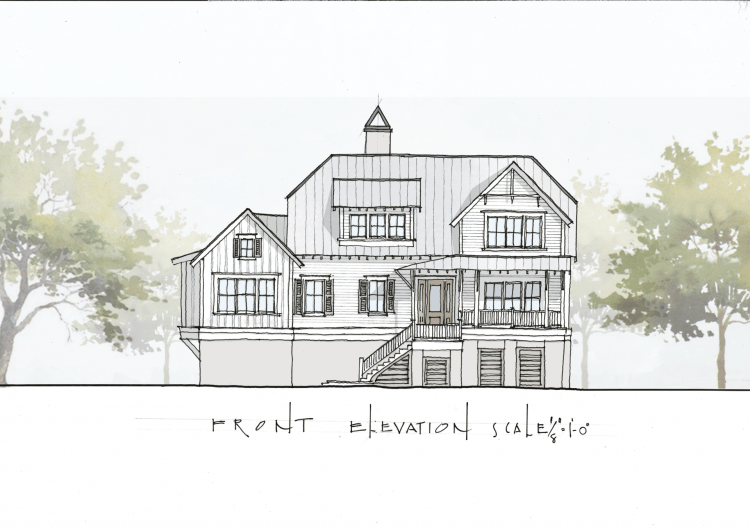 To start on the Renovation project, I looked at the AutoCAD file that was provided to us by the original architect of the home. As my eye twitched with annoyance at the fact that measurements were in 1/32ths of an inch, lines not meeting at a singular point, and other classic features of a unmanicured CAD drawing, I translated the information into the existing floor plans for our design. I then created duplicate plans and made our edits to the plans, and saved them as the new drawings.

On Tuesday, I started diving into the wall sections that the original architect had done and pieced them together to get an idea of how a section through the entire house would look. In doing so, I uncovered something the could cause a problem for our proposed terrace. The second floor porch ceiling/roof had been raised in order to match the soffit of the main house, and in doing so, the roof ceiling joists were above the floor joists of the attic/third floor. Although this threw a monkey wrench into our idea, a solution was reached, dropping the entire porch roof so that it would be located in an ideal spot compared to the attic floor.

Darryl and I drove back out to Daniel Island in order to take some measurements and verify whether or not the porch to roof connections were actually built in the way that the architects drew it up. To our relief, although the details were funky, they were done according to the drawings we had so we could make educated assumptions on how the renovation would work. When we returned to the office, I continued working through the section and elevations.

I took a break from working on the renovation project and instead worked on cranking out 4 digitally colored, hand drawn elevations for a home that is currently being designed. the elevations will be sent to the client to give them a better understanding of what their potential home currently looks like.

This week I learned the importance of double checking the original drawings of homes because they are not always built the way they were drawn, which leads to the need to keep an observant eye when visiting the site in order to recognize any inconsistencies that may exist.