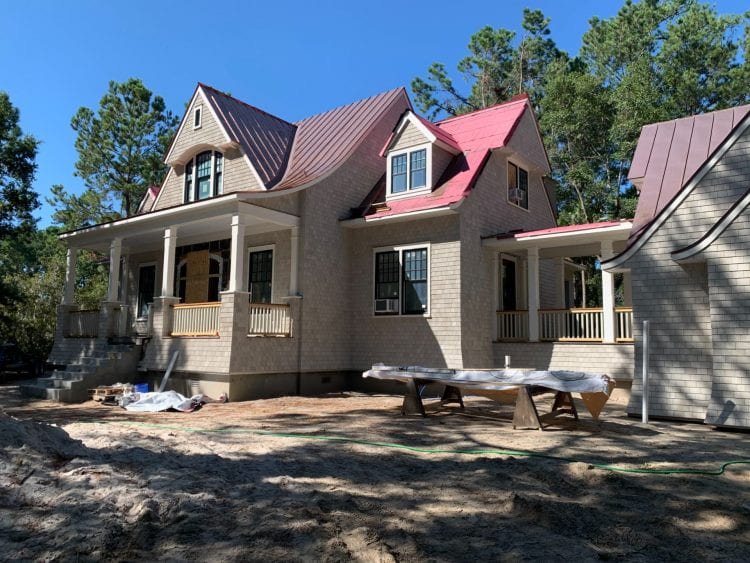 Cobb Architects started the week with our office meeting to bring everyone up to speed with where we all were on our projects. I then created the ARB submittal for the Kiawah house I have been working on. With the Design Development set now complete for the project, I began working on the construction documents, starting with the door and window schedules.

Today I completed the door schedule and began on the window schedule. the window schedule turned out to be a daunting task due to the fact that there are a large amount of uniquely shaped and sized windows that all had to be listed individually on the schedule. In total there ended up being 35 different windows on the house.

I finished up the window schedule by creating the list of notes that retained to them. I also made some edits on an ADU I had worked on previously which involved removing certain features (that I had once spent hours on adding at the clients request) due to the cost of the project being greater than what the clients had envisioned. I ended the work day with a lunch and learn about steel doors.

Along with Darry and Ashley, I went out to various sites on Kiawah for a variety of purposes. First, we met with the owners of the house we are renovating and discussed their thoughts on the project. I got to be very involved in the meeting since I had been the one to put together everything on AutoCAD for them. Next, we visited a site for a future project that we will be working on and met with the owner, landscape architect, and Kiawah ARB representative to go over restrictions and constraints of the lot. We then went to a site that we will be doing a renovation for and took some pictures, and finally ended at a project that is in construction to see if everything was being built correctly.

This week I gained a lot of experience in meetings at various stages of the design and build process, including the actual clients, home builders, their sub contractors, ARB workers, and a product representative. This gave me a broader scope of all of the moving parts involved in residential architecture and I feel as though it will really add to my knowledge in the future.