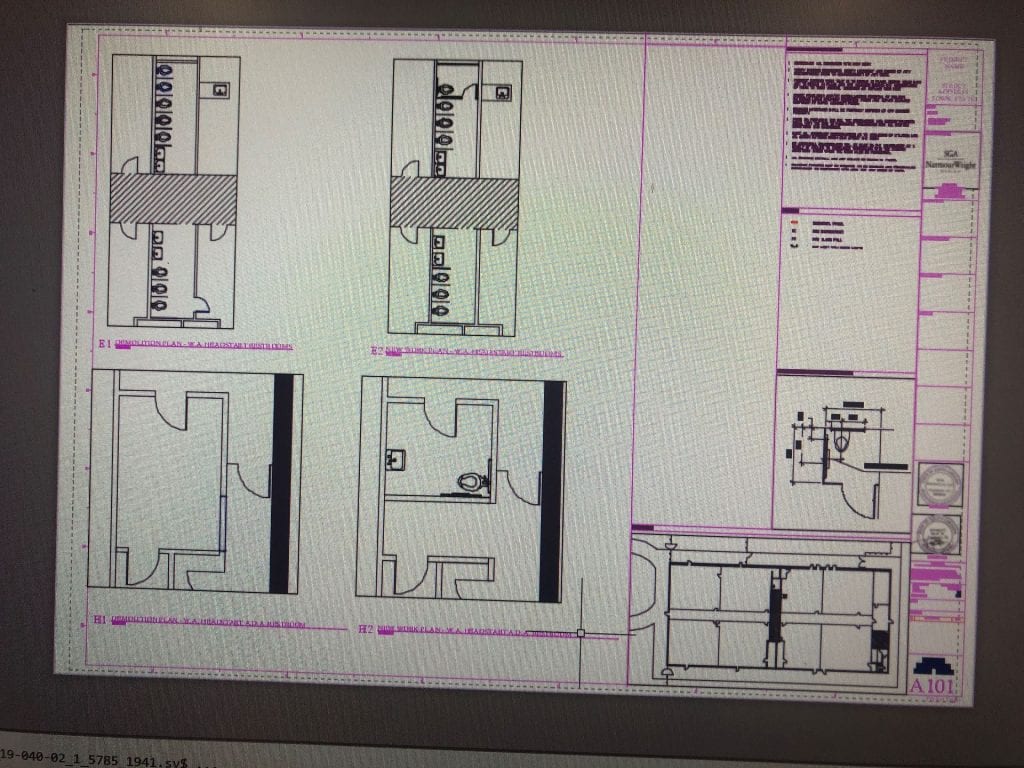 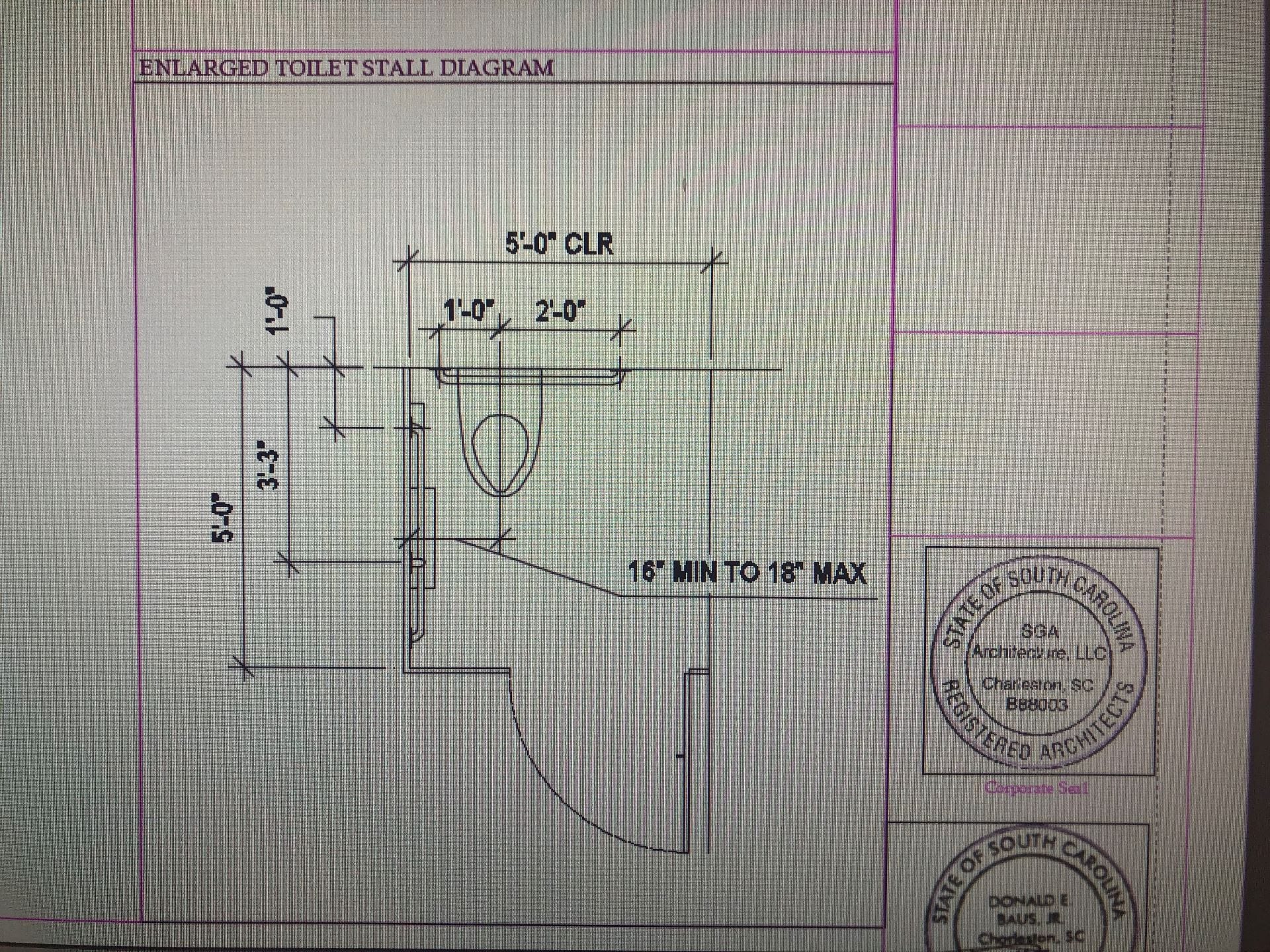 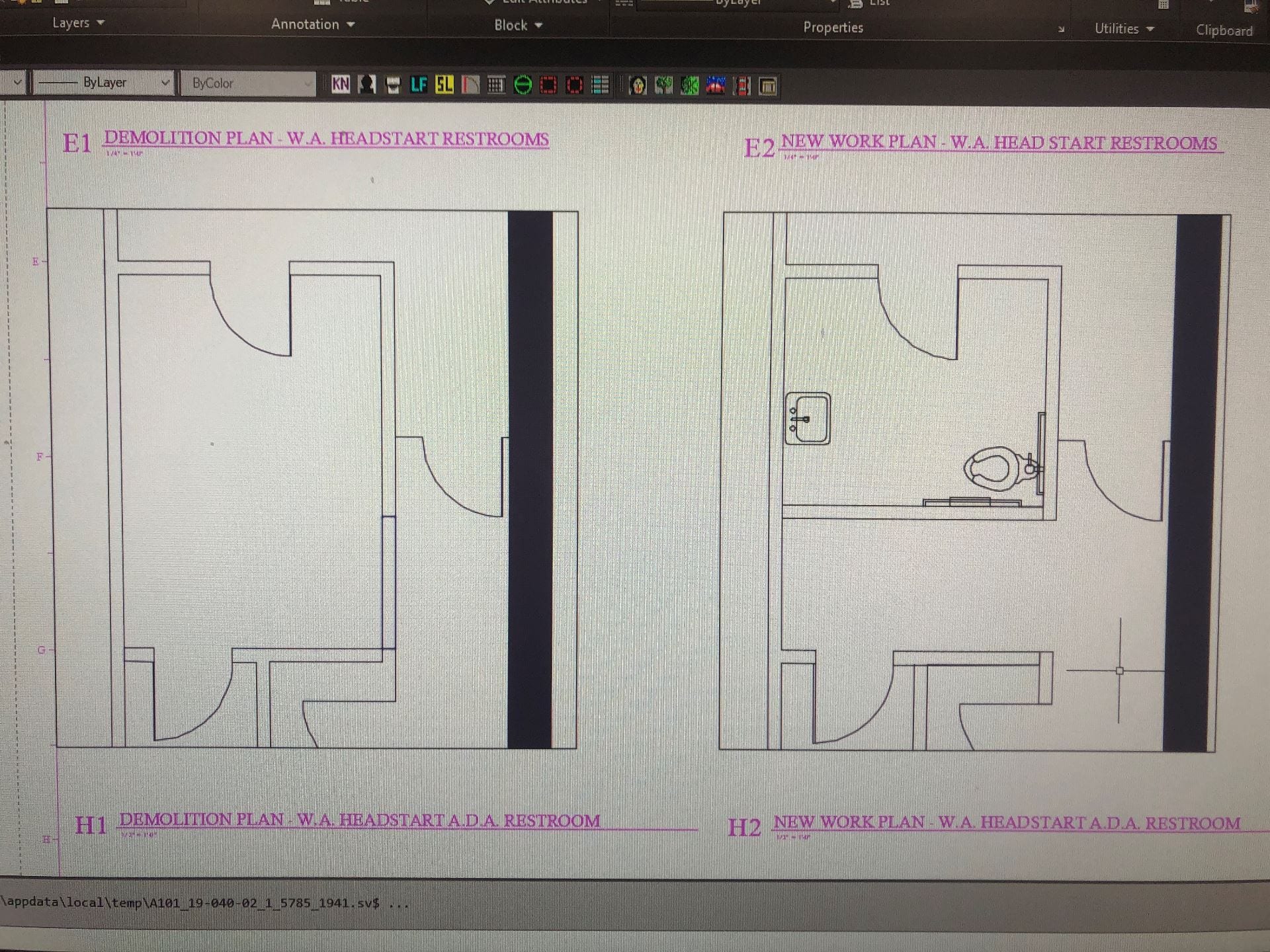 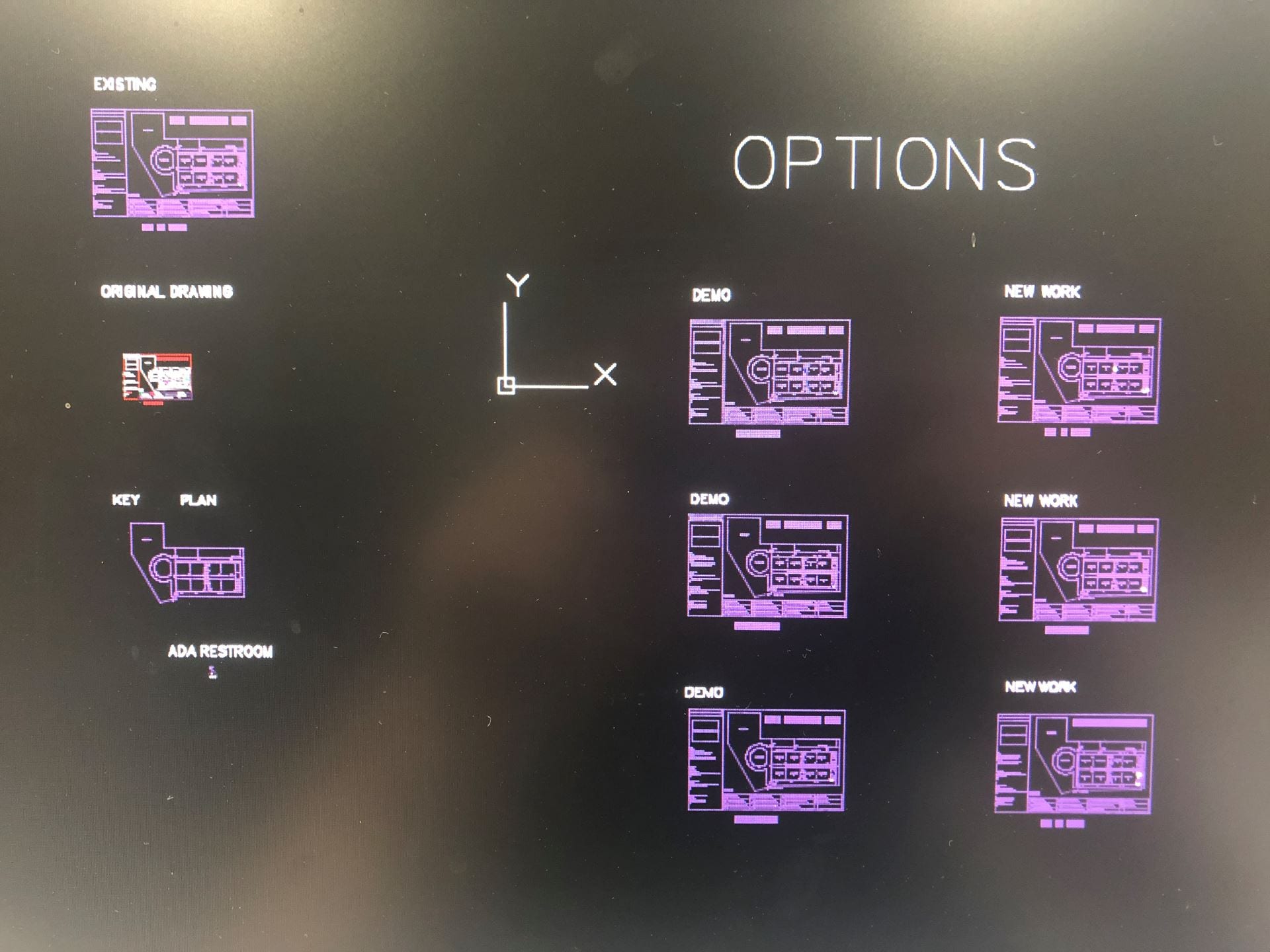 Today, I worked on redlines in AutoCAD for the West Ashley Head Start bathroom renovations.  I am adding another ADA bathroom and checking to make sure that it has everything necessary to be approved.

I had to explore many options for the extra ADA bathroom.  None of the locations they wanted to use would have been successful considering they have don’t have enough room for a turn-radius of appropriate size (60”).  So my day consisted of running through various options, documenting why certain locations would not suit an ADA restroom, and why some locations would.  Then I had to figure out the changes that would be necessary to make the restroom happen, how much construction those changes would be, and choose an option that seemed to be the best.

Once I picked an option that I thought would have the least amount of construction, and the appropriate room for an ADA restroom, I worked on adding this option to a construction document.  I spent the day finalizing a proposal to give to my architect.

I was out sick today 🙁

West Ashley Head Start Program
1401 Ashley River Road, Charleston SC 29407
Project Scope: One of our project architects is working on researching options for a new set of ADA restrooms.  The school wants to replace one of the children’s stalls in both the boy’s and girl’s restrooms with an adult toilet and an ADA stall.  They also want one private adult ADA restroom put into the building at the architect’s discretion.  They don’t know exactly where they can put it, but they offered ideas of where they would like for it to go.
Project Manager: Mike Nixon
Role of Student:  I drew the plans in autocad based on field measurements and photos given to me by the architect, I rearranged the children’s restrooms to accomidate for an ADA stall, and I delivered options on where to put the ADA restroom based on research and an understanding of ADA guidelines.
What I have learned:

A lesson that I am sure every architect has to learn, the importance of ADA restrooms.  An understanding for the details, the measurements, the fixtures, and the turn-radiuses is so important but so small in the grand scheme of a large project.  An architect can design an entire buildling and never touch the bathrooms because it is someone else’s job to figure all of this out and work closely with pumping contractors and the people who give approval for ADA access.  Its a hard job and we have a person at my firm who does all of this entirely.  She is a pro at remembering exactly how these bathrooms need to be built to get passed as ADA.  I know that this is a typical intern job, but with every project, there are restrooms.  And knowing and appreciating how much time goes into them in something that I am glad to understand.  Making these stalls and toilets fit together in an existing building is almost like a puzzle or an artform.  There are SO many regulations and specifics that I didn’t even know existed.  These are extremely important because buildings need to be built around restrooms, mechanical rooms, fire-stairs, etc.

I can’t say that I want to do this forever (I mean – it’s toilet drawings).  But I think everyone that goes on to be an architect needs to know what its like to slave over restroom drawings, fire-stair codes, or hallway turn-radiuses.  This makes an architect much more aware and logical when they are designing something beautiful around these rigid pieces of architecture.  I also think it educates an architect more on how to be more of a team-member.  Understanding all of the roles that go into getting a building built allows the architect to respect each part of the process equally.  Because even though nobody wants to draw the restrooms, someone has to do it.